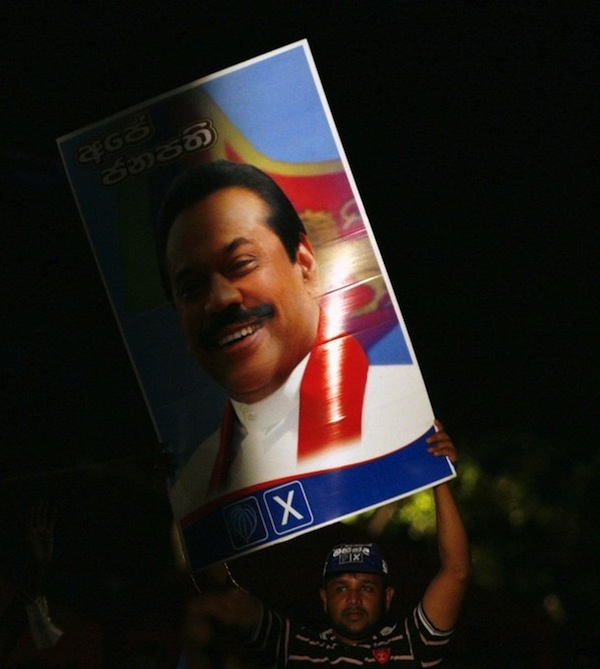 The New Year brought a valuable gift in my email. It was a dossier entitled ‘Seeking Space for State Reform’ and carried an even more beguiling subtitle, ‘Consensus and Contradictions in Public Perceptions’.  A publication of the ICES (the International Centre for Ethnic Studies, from and of which I hadn’t heard for quite a while), it was a product of the Politics of State Reform Project. What made it compelling reading was that it was nothing less than a ‘National Survey of Grassroots Perceptions of State Reform’, which, translated, meant that it was a recent survey of public opinion across all communities, about the ethnic conflict and the  various reform proposals to address or resolve it.

Once you’ve dispensed with the layers of very proper titles, you realize what the report contains. It tells you what Sinhalese, Tamils and Muslims think, today, over two years after the war, about the most contentious issues that have divided us over the post-independence decades. As if that weren’t important enough, it thereby tells you what the firm (possibly solid) contours of communitarian consciousness are, what the problem is, what the possible options are and which ones are impossible. Thus, the ICES survey gets to the crux of the matter.

The statistics of the survey conducted from June to mid August 2010 reveal the problem, but also indicate the solution.  At its starkest the problem is that a shade over half of Sri Lankan Tamils polled, appear to think that the solution to Sri Lanka’s travails is an independent Tamil state. Simply put, 54% of Sri Lanka’s Tamils (who comprise 14% of the sample) support a separate state, i.e. a Tamil Eelam. Set that against 95% of Sri Lankan Sinhalese (who comprise 72% of the sample) who stand for a unitary – that’s right, unitary, not merely united—form of state, with a stratospheric 96% of the view that the unitary state is “necessary to prevent the disintegration of the country”. This is also the view of the third largest community, which is the second largest minority, namely the Sri Lankan Moors, 90% of whom agree that a unitary state is “necessary to maintain a sense of national unity”. So, the Sri Lankan problem is the probably unbridgeable chasm between a plurality of the minority Tamils who are for a separate state and a near-totality of the Sinhalese majority and the Muslim minority, who are for a unitary state.

The second chasm is between 90% of Sinhala opinion which holds terrorism responsible for the conflict and the much lower 42% of SL Tamil opinion that holds the same view. In political terms, the refusal of the TNA to denounce Tiger terrorism is unlikely to render that party more acceptable to the Sinhala majority which it has to convince or at least ensure the benign neutrality of, if it is to obtain the reforms it seeks.

Is federalism a simple and obvious solution perhaps? No, because here too the gap is as wide as to be unbridgeable, with almost 90% of SL Tamils for it and nearly 80% of Sinhalese opposed. Sinhala opinion may have been more malleable had the Tamil preference for federalism accompanied a Tamil majority option for a single, united Sri Lanka; in other words if a majority of Tamil opinion were for a federal solution and simultaneously against an independent state for the Tamils. Matters are perceived far less sympathetically when the option for federalism lies alongside the option for a separate state. This understandably reinforces Sinhala misgivings that federalism will not be an alternative but an enabler for secession and is therefore far too risky an experiment.

Perhaps this situation in the Tamil consciousness was influenced by the war, but perhaps not. Perhaps it always was the case, and therefore Prabhakaran was not solely mould but also mirror of secessionist Tamil opinion. The contours of Tamil consciousness, which the doyenne of Delhi’s Lankanologists, Prof Urmila Phadnis termed ‘an autonomist-secessionist continuum’– and the gut instinct of the Sinhalese which understands this reality—has put paid to federalism as a possible solution.

Coupled with the low degree of acceptance among the Sinhalese of the Indo-Lanka agreement, regional autonomy and the Chandrika Bandaranaike Kumaratunga ‘packages’ of 1995-2000, it would seem at first glance that there is no intermediate solution. Interestingly the CBK proposals are the single most unpopular of all reform proposals among the Sinhalese (with a 67% disapproval rating, higher than that of the Indo-Lanka accord, with 63%).

Happily, there is an intermediate solution; a saddle-point. Going by the ICES figures, the Sinhala people are not dogmatically in favor of an unreformed unitary state. Theirs is not an ironclad conservative or neoconservative mindset. Strikingly, the data reveals that the Sinhalese are sensitive to minority grievances, do not support/are opposed to an unreformed state and are acutely conscious of the dangers of lack of reform.

“Significantly, a majority of the Sinhalese (61.8%) also agree that the legitimate grievances of minority communities and lack of equal treatment for all citizens (61.4%) were causes for the conflict.” (p 8 )

“However, all the communities…including a majority of the Sinhalese (58.9%) disagreed with the statement that there was no need to reform the state.” (p16)

“A majority of the Sinhalese agree along with the minorities that without state reform the minorities would continue to have grievances (80%), continue to be discriminated against (68.7%), development and economic progress would be hampered (76.5%), the international community would not help the country (62.8%) and significantly that even a return to armed conflict was possible (72.2%). These findings indicate a greater awareness among the majority community about the legitimacy of minority demands and the need to provide a constitutional or political settlement to the ethnic conflict despite the decisive defeat of the LTTE by the Sri Lankan state.” (p18)

The reforms that the Sinhalese support are also not of hyper-centralization, but of measured, re-calibrated opening. The Sinhala consensus is best described as that of moderate, centrist nationalism. This study of public opinion on state reforms shows that the majority of the majority is opposed to reforms that go beyond a unitary framework but are for those reforms that stay within a broadly unitary state. The Sinhalese are not against the reform of the unitary state, and instead are for the reform of that state. Senior Minister  and veteran leftist Prof Tissa Vitharana comes across as an unsung hero in that the APRC proposals issuing from the process he chaired “are the only state reform proposals which the Sinhalese seem to find acceptable with a significant majority of people in the ‘agreed to some extent’ and ‘agree’ categories over the ‘disagree’ categories.” (p 15)

Even if one were to consider the APRC as bypassed by the flow of events, the situation remains hopeful because the Sinhalese, though against “regional autonomy” (North-East merger), are fairly solidly in favor of provincial level devolution and a strengthened, not a weakened, system of provincial councils.

84% of Sinhalese think that Provincial Councils give “fair access to resources”, while 85% think that PCs “give all communities a voice at the provincial level” and 76% believe that “PCs will resolve the problems faced by the minority community”.

When the crucial question “can enhanced devolution of powers to the Provincial Councils solve the ethnic conflict?” is posed the study tells us that “In general, when the Agree and Agree to some extent categories are taken together, the findings indicate more support for, than against for Provincial Councils as a solution to the ethnic conflict among all the communities in the country.” (p26)

This conclusion is sharpened in the next segment entitled ‘The most necessary state reform initiatives to solve the ethnic conflict’, the findings of which tell us that:

“The full implementation of the Provincial Council Act was approved by all the communities. This was also the level of devolution of power which a majority of Sinhalese (60%) and Sri Lankan Moors (92.3%) found the most acceptable…All the communities support the establishment of a second chamber in parliament and greater power sharing at the centre.” (p27)

The Conclusions of the ICES study clearly re-state the only possible answer to the problem:

“The statistics provided above indicate that…Among all the communities, enhanced devolution of power to the provinces is seen as a possible solution to the ethnic conflict. Provincial Councils were the level of devolution of power most acceptable to the Sinhalese and the Sri Lankan Moors. The Sri Lankan and Upcountry Tamils favour greater devolution or a system of federalism like that found in India. What is significant however, is that there is more space for devolution than ever before, because of the Sinhalese support for Provincial Councils, which a significant number of Sri Lankan and Up Country Tamils find acceptable.” (p30)

Every decent opinion survey contains surprises. A big one in the ICES data set is the congruence of opinion among the Sinhalese and Tamils with regard to the West, and more specifically, “a conspiracy by the West to undermine Sri Lanka” as a causative factor of the conflict. Roughly 63% of Sinhalese and 70% of SL Tamils polled – yes, a higher percentage of Tamils than Sinhalese—holds that this is a factor.

To return to our main problem, a solution exists, but it requires a shift in our thinking.  The problem of Tamil political alienation can neither be eradicated by repression nor totally resolved by reform, not least because the slim majority or a sizeable segment of Tamils seem to hold onto a solution that is not a reform but lies outside a united, indivisible state. The problem of the identity claims of the Tamil collectivity can be solved only to a degree. Beyond that, it will have to be managed.

According to sophisticated soothsayers interpreting the ancient Mayan prophecy, the year 2012 is not one in which the world will end, but the one in which there is an ending of an old era and a transition to a new age, marked by the  shift to a new paradigm.   In Sri Lanka’s case it may have to entail a move away from two contending paradigms– one of a brittle, unreformed unitary state and another of reconciliation through an unfeasible federalism– to a centrist Realism which combines moderate reform with the ‘containment’ (a la George Kennan) of the ideological and political fundamentalism that is the Tamil separatist sensibility.