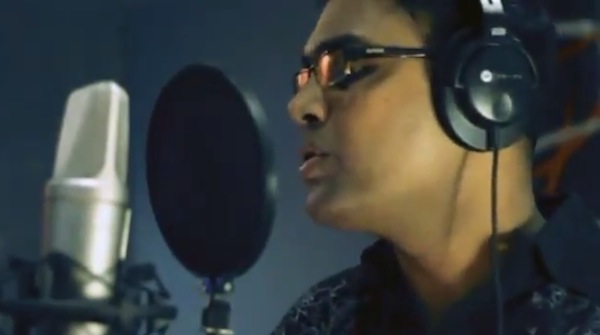 It was less than 200 years ago that the title of “orator” or “navalar” was bestowed on Kandar Arumukam Pillai, by the grateful inhabitants of South India. Leaving his native Jaffna for a time, he had spearheaded a renaissance of the Tamil language and culture in South India preaching, printing and endowing educational institutions. Thus began a long history of Jaffna Tamil involvement in the renaissance of Tamil. Thamotharampillai, Winslow and Kanagasabai Pillai are but a few whose contribution to the Tamil renaissance that rushed through South India and Jaffna.[1]

Jaffna’s isolation from Sanskritic influence and its commitment to education has meant that it considers itself culturally superior to the natives of Tamil Nadu, it considers it language and culture purer and closer that of that Sangam ideal. Therefore it comes as no surprise that the blast of the trumpet against the now infamous “Kolaveri” song should be so strong in Jaffna. The day before yesterday SJ Stalin released a fascinating response to the song, entitled “Yarlpanathilirunthu Kolaverida”, a rough translation would be “Dude, Bloodlust from Jaffna”.  Its essence is a celebration of Tamil language and culture, a deploration of the bastardisation of Tamil and chastisation of those who are ashamed of their Tamilness.

At first glance, the music video appears to be primarily targeted at Dhanush. His mix of English and Tamil in the Kolaveri song has proved immensely popular with over 30 million hits on Youtube. Stalin considers his song a war on the Tamil language and describes his attitude toward it as bloodlust. He wonders why Dhanush chooses to use English – he asks why Tamil is scarce in its heartland, Tamil Nadu. He seems to imply that if Tamil gave sufficient creative freedom for Kamban, Valluvar and Bharathi it should be enough for Dhanush. Stalin thinks that Dhanush doesn’t give Tamil the respect that it deserves. As an ancient language, one which Stalin describes as predating the creation of stones and sand, Tamil has a rich literature and culture and Dhanush appears to ignore this and consider Tamil lacking. This is brought out by the poignant contrast between the focus on the keyboard in Dhanush’s work as opposed to the harmonium, perceived to be a more indigenous instrument, in Stalin’s video.

From a political point of view, the vehemence with which Dhanush is attacked is notable. In India, Tamil feels more secure now that the policy of replacing English with Hindi, popular in the 1960s, is dead. In contrast, the Tamils of Ceylon, whose numbers have dwindled considerably as a result of the war and migration, now feel that their language and culture are under attack –  just as when the first missionaries arrived in Jaffna in the 1800s. The reaction, as then, is one of Tamil pride and yearning for the glory days of Dravidian power and culture – the Sangam period.

The politics does not end there. The opening scene highlights an official government signboard, at the entrance of Jaffna, which has Singhalese at the top and an indigenous signboard where Tamil is above Singhalese. This juxtaposition highlights the vulnerability of Tamil and the divergence of official and popular sentiments toward language policy in the North. The continuous flow of buses from the South into Jaffna must demonstrate a concern with the increasing settlement of people from the South (read Singhalese). The police board in the corner (again Singhalese top, Tamil bottom) takes the mind down an associative track that ends in colonisation and cantonments. Another associative track is set in motion by the constant reference to bloodlust, intermingled with references to Ahimsa (non-violence) and revolutionary zeal – we all know where it leads.

It also highlights the threat to Tamil from within. After years of persecution some Tamils have chosen to hide or disassociate from their Tamil identities – especially in the metropolis of Colombo. The victory of the Sri Lankan Army, and the present occupation of sorts constantly reminds Tamils that they are second-class citizens. Stalin’s video is an exhortation for Tamil’s to embrace their culture; hence his parting cry to the Tamil is, “keep your head high”.

Why this bloodlust toward my Tamil language?
My tamil language, my mother tongue
Beautiful tongue, poor thing dude

Tamil, before the creation of sand and stones, dude
If you are a Tamil, you need have a little self respect dude

In the Tamil heartland
Where Tamil is praised
Why is Tamil scarce?
Listen, Tamil who abandons Tamil
Who accepts medals

Jesus, Buddha, Gandhi all asked us to listen to the call of Ahimsa, listen.

Studying Tamil’s richness will abate your bloodlust, try!
In the company of the Tamil who one an Oscar [2]
Who accepted his honour in Tamil [3]
The Revoulutionary Poet
Who sang in the beautiful tongue
Mixed his life with Tamil!

Make Tamil live, no let it live
My soul still won’t support me
You who call your self Tamil, hold your head high
Only that will do

All who have toiled for Tamil
Stood amidst lost opportunities
He who left Tamil and lived
Calls himself an artist
Anyone who creates for money
Isn’t a true artist
If he’s one who relishes whatever he is given
He isn’t a connoisseur
Why this blood lust to towards my Tamil language, dude
Tamil, my mother tongue, sublime language, poor thing dude

Jaffna that place noted for its classical Tamil,
Tamil, your duty is to protect our Tamil mother-tongue

[1] For an excellent review of the contribution of Ceylon Tamils to Tamil studies see http://www.sangam.org/2009/05/Tamil_Studies.php?uid=3462