Have you ever observed Physicists? They are usually searching for constants, and separating them from variable quantities aren’t they? You must have heard of Plank’s constant, gravitational constant, the speed of light and so on. I am no physicist, but I know enough of the subject to be able to say that if you don’t recognize the existence of some constants, you are in danger of solving the wrong problem.

Let me tell you a story about a particular constant to do with Sri Lanka. For this, we first go back to the year 1970. There was a little boy in the village of Karainagar, a lovely little island off the north coast of Sri Lanka. The island used to be called Karaitheevu. Theevu means island in Tamil, but when the Dutch built a causeway, we islanders changed the name to Karainagar, nagar in Tamil meaning town or city, a little recognition that this hard-working, industrious and close-knit community considered itself perfectly entitled to. The boy’s parents were school teachers, whose jobs were transferable, and the Department of Education had a policy of transferring teachers for a few years to parts of the country that were identified as “difficult areas.” The beautiful up-country town of Bandarawela was classified as one of these, and they were sent there to serve for five years. Once the family settled there, it was thought a good idea for the boy to learn Sinhala. By then it was the official language of the country for several years.

The first lesson started well, initially reading the alphabet. The boy noted several similarities and differences between his language and the new one he was learning. After introducing the alphabet, Pushpa acca began to read a paragraph and asked the boy to follow her. Six lines into the paragraph, there was the word “bambarayak” (spintop). This word, the boy could not pronounce. Pushpa acca tried several times and failed. It had to do with phonetics. The combination of the nasal sound /m/ and the bilabial plosives /ba/, /bi/, /bu/ is also found in Tamil: kumbam, thambi, kambu etc. But there is a subtle difference between the nasal-to-plosive transitions in these words and the challenging one the boy had just encountered in Sinhala. There is a short pause in the Tamil examples which is absent in the Sinhala word bambarayak. [For another example, think of the word amba (mango) and compare to the word gemba (frog).] The pause is smaller than a millisecond in fluent speech, but makes a huge difference in perception. The boy just couldn’t pronounce it to the high standards Pushpa acca expected. 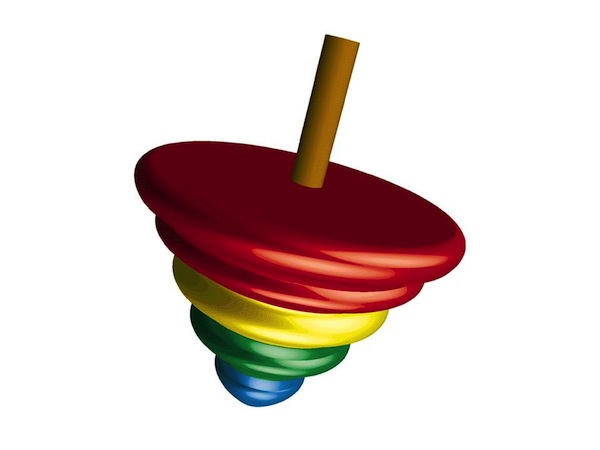 Now that was a bit of an attack on the little boy’s ego. The boy had his Edu thudakkal / akuru kiyaveema (initiation of reading) session with Thiyagarajak kurukkal (priest) at the Karainagar Sivan Temple at the age of three. Not being enthusiastic about this being a ceremony, the boy had rebelled a bit by saying “neengkal vasiyungO aiya, naan kEddukkoNdu irukkiRen (you read priest, I will just listen)” and had to be brought to order by a pinch on his backside from one of the parents. The pinch or the priest that did the trick we will never know, but that day onwards the boy had paid particular attention to his three R’s. Every single teacher he was taught by had told him how good he was, and he believed them. The encounter with Pushpa acca was a different experience, shattering that firmly held belief system.

So the boy cried.

Pushpa acca, despite her enthusiasm for academic rigor, didn’t quite understand why the boy was crying. “Aney, aei andannE (oh, why cry)?”

In response to her question, the boy pointed to his stomach. Pushpa acca’s brother, loku aiya (older brother), fixing his bicycle from the corner of the veranda, saw what happened and came over. “Bada rethenavaalu nangi (he has tummy ache sister),” he said to Pushpa, gave the boy a gentle cuddle and asked “vayiru nokuthu?” and continued in Tamil, “veeddu po (want to go home)?” Loku aiya’s broken Tamil amused the boy, but he had reasons not to show it, and continued his act of faking the tummy ache. Loku aiya walked the boy home.

During the slow walk, just a short distance past two houses, they did not say anything to each other. Yet, loku aiya knew. And the little boy knew that loku aiya knew — which was the basis of a bond the boy would never forget.

But that was the first and the last day he saw loku aiya.

One night a few days later, the boy suddenly woke up from his sleep. His parents told him not to make any noise. Without turning on the lights, the family stayed very quiet. They were paralysed with fear. Outside, there were sounds he recognized as screeching tires of jeeps, heavy boots and loud banging on doors. Could the boy have recognized the sound of rifle butts crashing into rib bones and breaking them? We will never know that, because those sounds were drowned out by the shriek of an old woman:

Sinhala lessons started a few months later. Whenever the boy went to class, the old mother would move from the veranda and go inside the house and stay in the kitchen. During the lessons, the boy often got distracted by the sound of gentle sobbing coming from inside the house. “magE puthE.” Low in decibels, yet powerful enough to be remembered for over 40 years to come.

The boy knew it was the mother crying. “What’s her problem,” he would say to himself, “she can pronounce babmbarayak, can’t she?” Of the source of the distraction, the boy did not show he knew. Pushpa acca knew that the boy knew — which was the basis of a bond the boy would never forget.

Some of you might have seen a news item in Jaffna-based local newspapers — a type of news mainstream Sinhala and English media in our country don’t feel minded to report. It featured our war hero, General Sarath Fonseka, who ventured into politics after retirement, and was rewarded with what the British refer to as “at Her Majesty’s pleasure.” The General was at a Hindu temple in Jaffna, bare-chested and with a pottu prominent on his forehead, properly respecting local customs. Rather strange, for his majoritarian remarks still ring in our ears. But as the General closed his eyes in prayer, seeking the support of some subset of the two dozen Hindu deities available at the temple for his next venture, an elderly woman ran towards him and fell at his feet crying.

We didn’t hear everything she said except the phrase “Enta raasaa” — literal translation “my king”, but raasaa in Tamil in this context is precisely the same as “putha” (son) in Sinhala. If the final vowel in the Tamil word is stretched, it achieves the same morphological modification we find in Sinhala of going from “putha” to puthE”. The woman certainly wasn’t referring to the General as king or son.

As you would expect, the General was taken aback and did not quite understand what she was after. But fully aware of the cameras following him, he managed to display a smile of kindness, held her hands gently and moved on. The news item claimed that the woman had begged the General for help in getting her son released from His Majesty’s pleasure.

Had the ten year old little boy from 1970 been at the temple that day, he would have asked us an innocent question. Answering it might help us to separate constants from variables in the political puzzle we so urgently need to solve. Our inability to tell apart those that vary, from those that stay constant, as physicists might tell us, puts us in danger of trying to solve the wrong problem.

The young boy’s question: “Can she not pronounce bambarayak?”