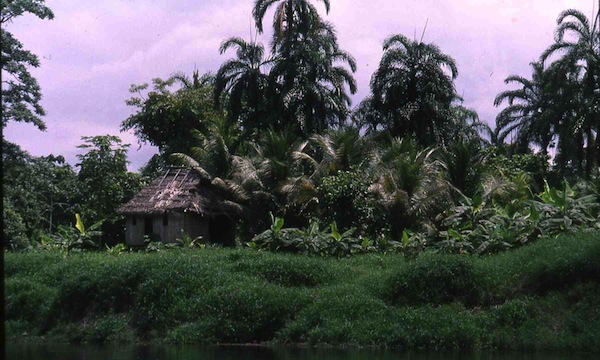 Indigenous people know the reality of fossil energy.   The Shuar peoples of Amazonian Ecuador, under whose territories lie huge reserves of oil. Unlike those eager to find oil in their territories, have rejected exploration, they do not want to get rich on selling oil.  They have a saying “Oil’ represents the sprits of a long dead world, that we use to satisfy our greed for power and sacrifice and our children in return.” (CESR 1996).  Here lies a truth that cannot be escaped when looking at climate change.  But in this statement there also lies wisdom, a truth, which if appreciated will clarify the actions needed to address the spectre of climate change. Their wisdom is that, they are aware of the difference between the spirits of the living world and the dead.  They know that, asking for power from the spirits of the dead world has a great price, often they seeking the lives of our own children.

What does this dead and living world mean? Does it have any relevance in modern science?

Carbon that cycles through living systems represents a fixed proportion of the planetary carbon. This carbon called ‘biotic’ or living carbon has a very different makeup to other sources of carbon. The biotic carbon cycling in the planetary biosphere is measured in time cycles of thousands of years. This carbon is activated by the energy of the sun fixed by living things.  There is another pool of carbon, which is the ‘lithospheric’ or fossil carbon. This is carbon that once existed in the biosphere, but died and was buried underground where they reside for time periods measured in millions of years. This ‘dead’ carbon has no contact with the world of living carbon. Over geologic time vast quantities of carbon sequestered by living forms became fossilized and removed from the biotic/atmospheric cycles to become distilled as the ‘spirits of a long dead world.’

It is the failure to recognize the two significantly different pools of Carbon and their functions and values within the biosphere that has led to much of the confusion when considering the utility of biotic systems under the current rules that determine carbon markets.

Carbon from biotic pools can be accommodated under the current trading agreements, as they will help to slow down the turnover rate of carbon in the atmosphere.  Carbon from fossil pools can only be considered under the current trading regimes by technologies that curb emissions at the source or by a financial mechanism that accounts for the time differential between the two pools. In other words, carbon dioxide emanating from forest or other ecosystem destruction can be compensated for by planting trees at the current cost, but carbon dioxide emanating from the burning of fossil fuels cannot pay the same price to compensate.

It is now clear that fossil Carbon and biotic Carbon have extremely different sinks and need to be valued differentially when considering the impact on the global biosphere. While the carbon balance of the planet has been greatly modified by post-industrial human activity such as massive deforestation, it is the ‘fossil injection’ that introduces the disruptive, increasing, increment of ‘new’ carbon into the atmosphere.

These facts, underscore the great danger of accepting the consumption on fossil fuels as a tool for ‘development’. Once a nation or economy has become ‘fossil addicted’, they are willing to sacrifice their own well-being and the well-being of others to feed their addiction.

Here the sayings of the Shuar are pertinent. “Oil’ represents the sprits of a long dead world, that we use to satisfy our greed for power and sacrifice and our children in return.” The consequences of addicting ourselves to oil dependency, are already clear, the soaring price of living and the soaring rates of non-communicable (development) diseases, are clear indicators of the price that we and our children will have to pay.

Recognizing the distinction between fossil and biotic carbon and placing differential values on each, will go a long way to expose these addicted economies and assist nations such as ours to avoid the pitfalls.  The amount of oil, coal or gas required for the creation and operation of future ‘development’ projects should become basic criteria for acceptance or rejection of future ‘development’ projects.

Thus, in evaluating all ‘development’ proposals, it will be good to consider a caution expressed in all traditional societies:  ‘Oppose serving of the spirits of the dead’ (boothyas), or in today’s words, do not get trapped into the belief that the consumption of fossil energy and resources means development (promoted by modern boothyas),  Such actions will bring the spirits of the dead (fossil)  into our living world (biotic) and degrade the quality of life for our children most horribly ! Development diseases such as cancer, stress, lung diseases, heart diseases and diabetes have not only reached epidemic proportions but are now also reaching down to the children.  The rate of growth of these diseases amongst the younger segment of our population should create some national soul searching and response, Is this growth in fossil addiction the right development model for Sri Lanka ?