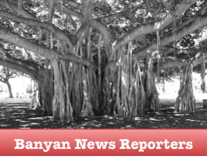 16 April 2011, Colombo, Sri Lanka: Sri Lanka has in its history occasionally served as a refuge for persecuted personalities but it may have its most controversial refugee yet. Colonel Muammar Muhammad al-Gaddafi has reportedly secured an understanding with the Government to Sri Lanka to secure refuge in the country in the eventuality that he has to flee his native Libya. Sources from within the government confirmed that the offer was made to the Colonel in a telephone call recently following a number of losses by forces loyal to Colonel Gadaffi.

Our source clearly stated that the Sri Lankan Government stands firmly with the Government of Colonel Gadaffi and condemns the international intervention of the West, and will ensure its support to ensuring the stability of the Libyan Government. The offer of a refuge has only been offered as a “mark of friendship” between the two leaders confirmed the government source. President Mahinda Rajapakse and Colonel Gadaffi are known to have a close relationship and the President was the chief guest at the 40thnational day celebrations in Tripoli. The Ministry of Arbitrary External Relations was unavailable to confirm or deny whether such an offer had been made.

The President’s home’s district of Hambantota has been proposed as a possible site stated the official source. Its desert like landscape and proximity to the sea are believed to be some of the key aesthetics vital for the Libyan leadership contemplating luxury exile. The source added that the site being proposed is the rarely used Mahin Cinema City location. First established in 2008 as a location for international filmmakers, it would be re-purposed to serve as a backdrop to exercise the exiled Colonel’s fanciful imagination, allowing him to stage riotous pro-democracy rallies that he could always thwart by selecting from a range of violent scripted scenarios, written in collaboration with leading figures from government supported local film industry. Trained Sri Lankan actors and stuntmen will also be provided the source said, assuring BNR that no harm would come to them or animals.

“The site can easily be converted to a palatial establishment with Arabian architecture. A film set designer has already been instructed to begin designing the spaces, which include secret torture chambers and even hidden bedrooms within bedrooms” added the source. “The Colonel lives in tents so it is not too complicated in design and construction terms, especially after the Government did such a magnificent job with the Mahinda Rajapakse International Stadium in Suriyaweva”. It is expected that in return for safe refuge, the Gaddafi family will invest significant amount of finances in the area to build statues and various other monuments modelled after the exiled leader and Lanka’s liege, for the betterment of the people.

BNR contacted the media office of the Barely United National Party (BUNP) for comment, but there were completely unaware of such a proposal. However, they were quick to add that,

“The Government’s collaboration with the unpopular Colonel Gadaffi will only increase the people’s discontent in Sri Lanka. It will lead to an Arab style revolt in Sri Lanka that we will lead from Lipton Circus after we figure out how to disable the CCTV cameras first. We are with the masses!”

As to whether the entire Gadaffi family will move to Sri Lanka if the regime does lose power and whether his immediate family will be provided positions of authority in the government’s investment and sports ministries is unclear. The source did however add that his son Saif Ghadaffi may sponsor a special undergraduate course at the Ruhunu University on strengthening civil society and democracy and even fly in senior academics of international repute, who were close friends of and supported by the family.

It is expected that Colonel Gadaffi will be accompanied by his all female bodyguard divisions, which has reportedly caused some excitement within government. “While there have been many inquiries, there are no plans to transfer any of them to local politicians” the official source added.