When I was walking near the Mulativu beach by around 5.30 this morning, I came across an abandoned Catholic Church. It was in a dilapidated condition. The Church seems to have been used during the war period, at least in the last stages of the war. A new Church, made in concrete, is under construction a few meters away. But the old statues still remain in the abandoned Church.

While scrutinizing the various objects in this interesting Church, I saw some writing on its walls in Tamil – mostly names of lovers, like Nidharshan & Gopika, etc. To my surprise there was some Sinhala writing on one wall. It read as: හිමියනි සාධු හඬ මිස, වෙඩි හඬ නොම සේ ම (A loose translation will be: Oh Lord, let it only be the sound of saadhu; not that of guns). Saadhu is a Pali word which means good, excellent or auspicious. The writing was dated 2009.05.08, a few days before the official declaration of the end of the war.

This writing, in my opinion a prayer, seems to be written by a Sinhala soldier, while his fellow colleagues were busy ‘ending the war’ or as the government said ‘carrying out a humanitarian operation’. It is unclear to me who he the soldier was addressing this prayer to. What does he mean by ‘himiyani‘, the Lord? The Catholic Saint or Lord Buddha?

In any case this prayer, quite possibly written by a Sinhala soldier on a Tamil Church wall, made me think a lot about a country that just ‘celebrated’, two days ago, the fifth anniversary of the so-called ‘triumphant victory’.

My hope is that this prayer would not be just be ‘writing on the wall’ in its literal sense.

20th May, 2014, Mulativu, Northern Province (edited version of note that was first published on Facebook) 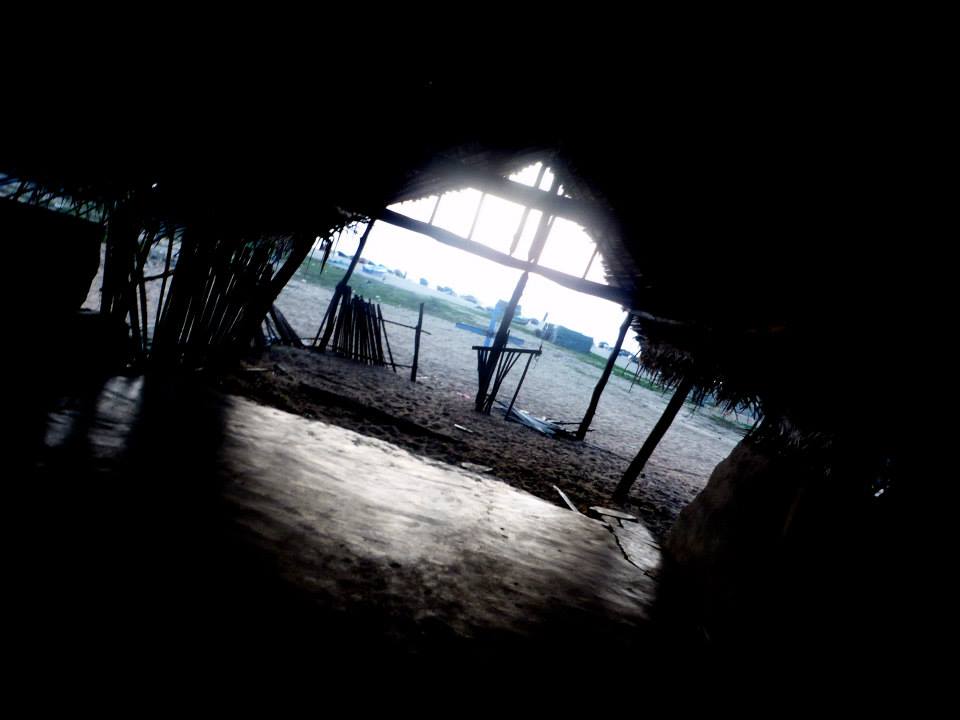 This article is part of a  larger collection of articles and content commemorating five years after the end of war in Sri Lanka. An introduction to this special edition by the Editor of Groundviews can be read here. This, and all other articles in the special edition, is published under a Creative Commons license that allows for republication with attribution.

Understanding the National Question as a Pre-Democratic Problem: A Skeptical Note on the Southern Reform agenda

Life in the Open-Air Panopticon: Surveillance and the Social Isolation of Ex-LTTE Combatants in Sri Lanka

The slow wheels of justice and change: a Sri Lankan case study?

Attitudinal change necessary to give momentum to the Provincial councils

Five years on, where we are now: Reconciliation, the Rule of Law and governance