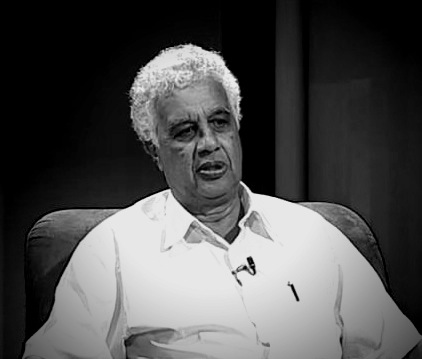 Prof. Michael Roberts, in addition to his academic writing and research, is well-known political commentator in Sri Lanka. He is also a regular contributor to this site. In the incredibly violent days of the war in early 2009, two of Michael’s submissions (Dilemma’s at war’s end: Thoughts on hard realities and Dilemmas at wars end: Clarifications & counter-offensive) provided some of the most explosive analysis and discussions on the politico-military as well as humanitarian options at the time.

As noted on Thuppahi, his blog, although Michael can be called ‘a historical anthropologist, the fact remains that all his work engages the political relations of power and that he straddles the disciplines of Politics, Sociology, Anthropology and History’.

In this interview, we talk about Michael’s corpus of research and in particular the issue of caste politics in Sri Lanka. We also speak of what he called the Ashokan Paradigm, and the politics of co-opting critical voices by the Rajapaksa regime. In this context he mentions that Selvarasa Pathmanathan (alias KP) ebing in custody, and hopefully channeling money to government, is a good thing.

Michael, who is for most of the year resident in Australia, has also published a number of high profile op-eds and blog posts on the issue of Tamil migration and refugees during and post-war. I used an excerpt from an article of his published in the Australian media to explore his controversial views on this matter, including his assertion that most of the refugees would have had to have some form of contact or association with the LTTE in order to get their migration papers in order.

After talking about the nature and form of Tamil party politics in Sri Lanka post-war, Michael goes on to berate the State media and NGOs for not highlighting the tireless work done by a few select civil society organisations in Menik Farm just after the war ended.

I also reminded him of his compelling article against the desecration of LTTE graves in the Vanni (tuyilam illam, or “resting places”). I anchored my question to an excerpt from Michael’s Symbolic Postscript: A Terrible Violence, a hard-hitting essay against the Army’s actions sanctioned by government. Michael’s pragmatist approach to this is further explained in this interview.

We end our interview on Michael’s postulation of four nations in Sri Lanka – the Sinhala nation, the Tamil nation, the Muslim nation (which for him is questionable) and the fourth, a Sri Lankan identity. Regarding the last nation or category, he also speaks of the vital distinction that needs to be made between a Lankan-ness and a Sinhala-ness.