TheÂ  recent announcement of Government of Sri Lanka’s (GOSL) intention to establish a Media Development Authority (MDA) in Sri Lanka could be taken as an indication of its approach towards media in the context of post-war economic development. An officialÂ  statement postedÂ  on 25th July 2010 on a government news portal shows that the proposed authority will be modeled on along the lines ofÂ  the MDA of Singapore.

The sections dealing with the policy of MDA SL is almost copied word by word from the wikipage on the Singapore MDA, which in turn is based on the official Singapore MDA site.

Here are some examples:

“At the same time, in ensuring clear consistent and predictable regulatory policies and guidelines to protect core values and safeguard public interests, MDA helps to foster a pro-business environment for industry players through policy, process of registration and professional recognition.” (GOSL announcement)

“At the same time, in ensuring clear and consistent regulatory policies and guidelines to protect core values and safeguard consumers’ interests, MDA helps to foster a pro-business environment for industry players and increase media choices for consumers”Â (Wikipage on or of the Singapore MDA)

A simple Google search and comparison will show that most of the ideas in the GOSL announcement has its origins in the MDA of Singapore. Do we need any more hints as where the MDA of SL will be heading?

Minister Rambukwella who made the initial announcement on the MDA of Sri Lanka headed the Media Centre for National Security (MCNS) during the last phase of war against the LTTE. Now the war is over and the MCNS is practically defunct. In one of his speeches as spokesperson for the MCNS Minister Rambukwella warned Sri Lankan media not to become unpatriotic giving an example from Israel.” I can cite an example when Israel attacks took place ( against Palestine) Â not one single channel condemned it, while the whole world almost condemned it, they ( the media) had that patriotism. We appeal to television and print media to be courteous because what they carry out could be detrimental to the national security” (ITN news, 06 March 2007). Theoretically all news items related to war/national security had to be approved by the MCNS. Waging war was the priority to telling the truth.

Now as Sri Lanka is projecting to be the Miracle of Asia instead of Israel’s war media, Singapore’s development media may be the example to follow. In the Singapore model there is no place for rights ofÂ Â  people, material and moral development being the priority. If things move as planned most probably the MDA of SL will replace the MCNS. It will spearhead media control for moral policing and economic development taking Singapore as a model.

Speaking to a weekend English newspaper former chairperson of the Sri Lanka Rupavahini Cooperation (SLRC) and the present director general of the information department Dr. Athugala had said â€œWe have seen as to how some media institutions have gone astray. The setting up of such an authority would certainly help guide local media institutions to improve media ethics“. This statement shed some light on intentions of the MDA of SL. It intend to Â guide local media on ethical journalism!.

Can any of us believe that the GOSL is serious in implementing Â professional media guidelines to improve fair, balance and accurate coverage of social, political and cultural developments in the country? Not at all. Today the most unethical media behavior in Sri Lanka is the trademark of the state controlled media, which are the responsibility of Minister Rambukwella. The SLRC degenerated into the depths of a hateful and mud slinging gutter press under Dr. Athugala. Even the guidelines for state media imposed by the Commissioner of Elections during the two recent elections were flagrantly violated under Dr. Athugala. Charity begins at home and if the GOSL is to improve good journalism it must begin transforming the huge state-controlled media into a genuine independent public services media, which has become a naked political propaganda machine for Rajapaksha’s political agenda.

Here is the open question: what does it mean when the state which is the biggest violator of professional media ethics is establishing an authority along the lines of the MDA of Singapore to guide media? Where will it end-up guiding media in Sri Lanka? Looking back at how media was intimidated and controlled during the last few years, we may say that the answer my friend, is blowing in the wind!

Editors note: Even as the government talks about media development post-war, investigations into dastardly abductions, murders and serious threats against journalists perennially remain in stasis. As Gypsy Bohemia in â€¦for The Missing notes, 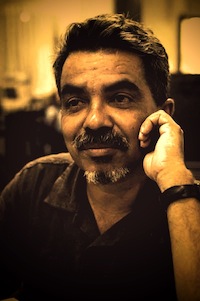 Journalist and cartoonist Prageeth Ekneligoda went missing on the 24th of January, days after writing several critical articles regarding election malpractices by the Government. He remains missing to this day. Like him, hordes of journalists have been arrested, abducted, jailed, tortured and murdered for reporting the truth and expressing dissenting views. Some have been returned to their families. Others, like Ekaneligoda, have simply vanished without a trace, leaving their families with the horror of not knowing whether to hope or grieve.

These attacks are not simply hits against the media. They are a direct violation of our rights: the right to know the truth of what is out there, the right to ask questions of those who should answer to us, and the right to simply have a different point of view.

For every voice that is silenced, more must shoulder their burden, wear their courage and take their place to end this cycle of insidious violence.