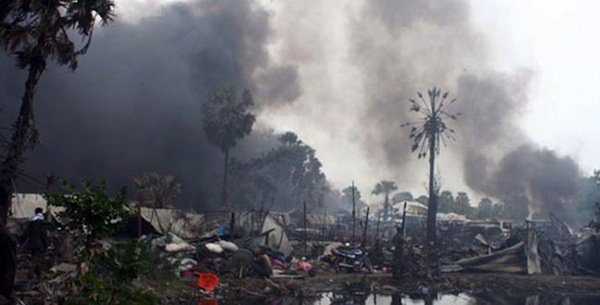 Colombo’s contempt for the international community seems to be increasing. The recent media release on the findings of the Military Court of Inquiry stretch credibility.

While I have not had access to the full report and to the evidence presented to the Military Court of Inquiry, I am shocked by the Court of Inquiry’s findings. I was a member of the The Panel of Experts appointed by the United Nations Secretary General, Ban Ki Moon, to look into accountabilty for the final stages of the war. The Panel rejected with utter certainty the notion that the Sri Lankan Military mounted a “humanitarian rescue” and that the war was conducted with “zero civilian casualties”. The Panel’s work revealed “a very different version of the final stages of the war than that maintained to this day by the Government of Sri Lanka“. The panel found “credible allegations” which, if proven, indicated that war crimes and crimes against humanity were committed by the Sri Lankan military and the rebel Liberation Tigers of Tamil Eelam (Tamil Tigers). The Panel concluded that “the conduct of the war represented a grave assault on the entire regime of international law designed to protect individual dignity during both war and peace”. It also found that as many as 40,000 civilians may have been killed in the final months of the civil war, most as a result of indiscriminate shelling by the Sri Lankan military. The Panel’s work was further vindicated by the report of Charles Petrie, the UN official appointed by the UN Secretary General to look into the role played by the UN agencies on the ground during the conflict. Charles Petrie suggested in his report that the number of civilian casualties is probably closer to 70,000. This figure is staggering and points to an enormous loss of life. The Catholic Bishop of Manner has suggested that more than 147 000 people remain unaccounted for.

The Panel rejected the notion that in any war there are casualties which are inevitable. The Geneva Conventions exist for a purpose to ensure that the lives of innocent civilians are protected at all time.

The findings of the Military Court of Inquiry exonerate the military of any responsibility and attest to the fact that the Government of Sri Lanka and the Military cannot be trusted to investigate the crimes committed during the final phases of the conflict.

That is why an independent international inquiry is needed.