In 1979 an official communique displayed in the news media proclaimed, “No oil means no development and less oil less development. It is oil that keeps the wheels of development moving.”

But today we know that the burning of fossil fuels is the primary cause of current climate change, altering the earth’s ecosystems and damaging human and environmental health. Its impact being so severe that the UN has issued a climate warning in its report entitled Code Red for Humanity. This is a matter of survival.

What then are fossil fuels? They are hydrocarbons made by the fossilization of organic compounds that once existed in the biosphere, it is the stuff of living organisms that died and were buried underground where they are compressed into the rocks and reside for time periods measured in millions of years. This fossil material has no contact with the living world.

Over geologic time vast quantities of carbon sequestered by living forms became fossilized in this manner and removed from the living world. With the fossil carbon there also resides fossil hydrogen. And it is the burning of these fossil components using biologically generated oxygen of the living world that is currently pushing the threat to life ever closer.

But Sri Lanka is still on the trajectory set in 1979; there is no plan to diversify our energy portfolio away from fossil. In fact the disjoint is so severe that bureaucratic resistance keeps urgent issues from being considered. Their myopic vision is illustrated by the fact that the country statement issued by the Presidential delegation to the 21st Conference of the Parties (known as COP21) to the 1992 United Nations Framework Convention on Climate Change held in Paris in 2015 is still ignored by those responsible to address climate change.

“We are aware of the great difference in carbon dioxide that is emitted from biological sources and carbon dioxide emitted from fossil sources. One has sequestered rates measured in thousands of years while the other in millions of years.  Yet the cost is still the same. We would request the IPCC to address the relative costs of each.

“We are aware that the optimum operating temperature of chlorophyll is at 37 deg C. In a warming world where temperatures will soar well above that, food production will be severely impacted. We would request the IPCC to address responses to this phenomenon.

“We are aware that the critical Ecosystem services such as; production of Oxygen, sequestering of Carbon, water cycling and ambient cooling is carried out by the photosynthetic component of biomass. This is being lost at an exponential rate, due to the fact that these Ecosystem Services have not been valued, nor economically recognized. We would request the Intergovernmental Panel on Climate Change ( IPCC) to examine the value of photosynthetic biomass.

“Sri Lanka will place her development agenda on a fossil free target and will promote an economic recognition of the ecosystem services generated by the photosynthetic biomass. In this way we offer to act in a globally responsible manner as well as to contribute in creating a cushioning effect for the climate extremes that are before us.”

Why is an increase in heat so dangerous? Apart from the heat stress in human and animals, it could exceed the threshold for enzymatic activity of chlorophyll. All of agriculture depends on the good growth of plants, all plants rely on their chlorophyll to grow and produce. Chlorophyll is a molecule that functions to an optimum at about 37 degrees above which their performance falls until at about 48 degrees, when heat death in plants begin. The current loss of agricultural crop in the US and Australia is directly attributable to heat stress. 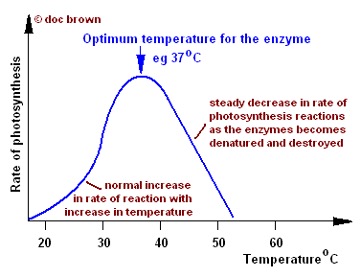 The danger to agricultural production is further exacerbated by the current reliance on chemical farming with so-called high yield crops – crops that have been bred by reducing photosynthetic biomass for crop biomass. But in a high temperature situation when chlorophyll is functioning sub-optimally such reductions may bring serious crop losses.

Chemical fertilizers are produced using large amounts of energy, usually fossil energy. The creation of this fossil energy results in the discharge of huge volumes of carbon dioxide into the atmosphere. Much of “modern” agriculture with chemical farming adds greatly to global warming and contributes to the phenomenon of dangerous heat waves around the planet and finally affects the farmer through increased heat stress on the crop.

Given such a future how could one respond? An increase in ambient temperature  on a relatively flat the surface will display a uniform temperature. If it is interrupted by mountains or forests the temperature drops. As the cooling factor of a large tree is equivalent to about the cooling produced by 10 room sized air conditioners or 1,260,000 BTU of cooling. Future agricultural landscapes will have to consider the new heat profiles being defined by climate change. Agronomy will need to consider the development of varieties that are resistant to heat stress. The tea industry might have to consider tall and medium shade as a part of their agricultural landscapes again.

The reliance on fossil energy for the “development” process has to questioned. The move away from chemical production will help to reduce our climate debt from agriculture is a good start, but it must be done sequentially and has to take in ways to adapt to the climate crisis.

This is part two of a four part series ‘Development or Survival’ to read parts one, three, and four, see below.

Part one – The Lessons not Learnt

Part three – Out of Balance

Part four – Why We Need Trees