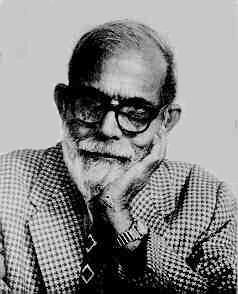 [Note: This memorandum was sent by the Ceylon Rationalist Association on 25 September 1970 to Dr Colvin R De Silva, then Minister of Constitutional Affairs, who was heading the group tasked with drafting what eventually became the country’s first Republican Constitution of 1972. Written by the Association’s Founder President Dr Abraham Thomas Kovoor, it captured the broad, idealistic vision that members of this voluntary group of free thinkers have advocated since its inception in 1960. Among other principles, it advocated – in point 6 – that “the best protection for freedom of conscience is a Secular State”. The memorandum was printed in their publication, The Ceylon Rationalist Ambassador, in 1971.]

At a meeting of the Managing Committee of the Ceylon Rationalist Association held on 23.9.1970 it was decided to submit before you the following memorandum containing a few recommendations of our Association for the kind consideration of yourself, the Steering Committee and the Constituent Assembly, to be incorporated in the new constitution.

1. The new constitution should provide for the preservation of an independent Judiciary free from political influence and control. The citizen should not be deprived of his right to apply to the Courts for relief against the acts of the legislature. The present system of the appointment of judges to the Supreme Court as well as the Judicial Service Commission for the appointment and control of other judges has generally proved acceptable.

3. Fundamental rights, as laid down in the Declaration of Human Rights of the United Nations, should be incorporated in the constitution of Sri Lanka. Such rights being:-

“Equality of all persons before the law; the protection against retrospective offences and punishments; the prohibition of discrimination on grounds of race, caste, religion, sex or place of birth; protection of life and personal liberty; freedom of speech and of the Press; Freedom of assembly, movement, acquisition of property and of business or profession; the inviolability of the dwelling; freedom of conscience; freedom to own and acquire and dispose of property subject to reasonable restriction imposed by law; the payment of just compensation for property acquired for a public purpose; the preservation of the language and culture of the minorities.”

This is unavoidable, but the power of the Courts should not be reduced, and the litigant deprived of his right to relief in the Courts of Law.

5. To overcome the dangers of bureaucratic action and to ensure speedy relief, the appointment of an Ombudsman is essential. The holder of this office should be completely independent and free of political influence or bias.

6. In a multi religious country like Sri Lanka the best protection for freedom of conscience is a Secular State. India a country ridden with diverse religions and superstitions, although the vast majority of its teeming millions are Hindus, is, through the wisdom of its political leaders, a secular state. It is good to remember that in the history of human race more blood has been shed in the name of religion than in any other cause.

7. Indoctrination in dubious matters in the name of religion of children of impressionable age has been condemned by educationists and psychiatrists the world over. Hence it is safer to avoid the teaching of religions in Government schools meant for the teaching of Secular Subjects. Religion may be left to be taught in religious institutions, and ethics may be substituted for religion in public schools.

8. While it is necessary for the Government to know the citizenship of a person with whom it has any dealing, there should not be any query about his religion or race. Let there be no opportunity for religious and racial discrimination in Governmental transactions.

9. As regards taxation is concerned there should be no discrimination between properties and incomes of secular and religious organizations.

10. We need hardly say that the Rule of Law must prevail, and the principle of Natural Justice enshrined.

For and on behalf of the Ceylon Rationalist Association

The Need for People’s Participation in Constitution Making