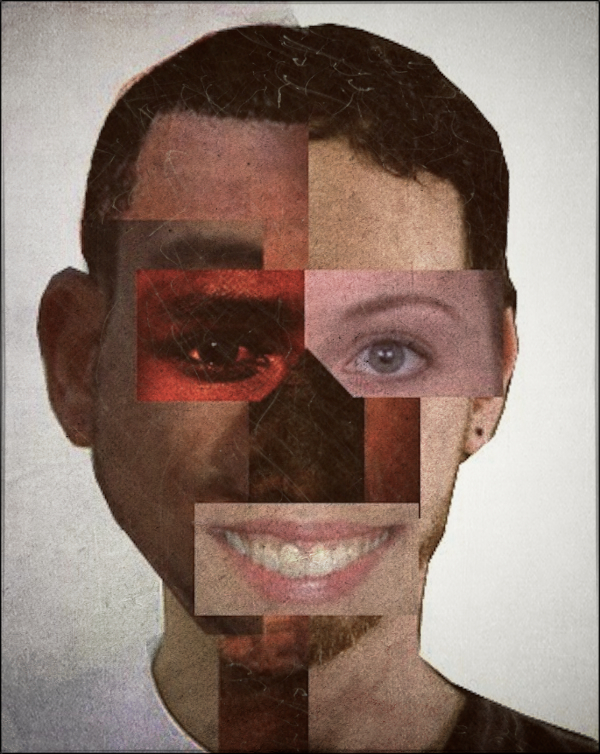 Groundviews and the Sri Lankan blogosphere in general are full of interesting posts, comments and rhetoric about identity, Sri Lankanness specifically. Where it began, who started it, no one knows, but it’s all around us and I feel a need to add my two cents’ worth, identity being one of the things we’re all interested in.

This post on Groundvews by Guru caught my eye yesterday. My first impression was that it looked interesting, if only I could understand the bloody thing. This is an issue I have with these academic sorts; their use of huge words, some with as many as three syllables, makes it hard for regular people like me to immediately relate to and understand the content.

And it’s not only the number of syllables in their words, it’s often the words themselves. In the very early stages Guru casually throws out my first unknown word; “praxis”. I looked it up and, well, let’s just say that I found even its definition confusing. It’s not a word I’ll be sprinkling into my everyday conversation, unless my local Indian starts to serve a chicken praxis in the near future. Of course if it’s one of those Suddha dishes with loads of cream and nuts I won’t touch it with a bhajipole. (did you see what I did there?) The academics say and think that their use of these words helps to define and portray their ideas and that they understand each other anyway. I guess it’s true, I just think that it adds to the “elitism” and inhibits progress. But, I digress. The thing is, I read the post, looked up the words I needed to, reread the paragraphs that I needed to in order to understand, then thought that what the brainy chap said makes a lot of sense.

In recent weeks I’ve battled with the things I’ve read, heard and seen. Sangakkara’s stance, echoed by Indi on many platforms; on reframing the issues so that it’s about being Sri Lankan, not Tamil or Sinhala or Burgher or whatever, has some very logical positives. Sangakkara delivered it in an eloquent, intelligent and well received manner whereas Indi did the opposite. Whether he likes it or not, the whole comparing the plight of Tamil people to that of elephants thing was insensitive and had the effect of alienating a lot of people. To many it shattered Indi’s credibility into smithereens. How can you say you’re sorry, that “we are all responsible” etc and then expect people to think you understand when you do it with all the sensitivity of an elephant rampaging through a village that’s been built on a pathway that his family have used for centuries?

Despite all that I thought that there was a point in this being Sri Lankan thing, not that it fully made sense, more that with some stirring, some adding of ingredients and a bit of baking at gas mark seven for about forty minutes, it might make sense. To me. Then Guru’s post, or one small part of it, impacted me hugely. And I’m glad. The lightbulb moment came when I read this:

“Let us come back to the case for a ‘Sri Lankan identity’ and delver a little deeper now. Those who stand for a Sri Lankan identity are only half way cosmopolitans. Indi and Romesh will be at a loss to explain what’s so special about the ‘Sri Lankan’ identity as opposed to a more universal identity – why not stress our identity as humans. Why? Does it sound too naïve? Those who rely on a strand of universalism but still are adamant about ‘Sri Lankan’ as the universal are closeted statists. They can argue that they are dealing with Sri Lanka as a historical/ sociological reality. This is true, but so is the Tamil identity and equally the Sinhala, Muslim and Upcountry Tamil identity”

Well I don’t actually know Romesh Hettiarachchi and should also point you to his response to the statement here, in which he says he’s not at a loss to explain. But what Guru said made me think that he’s pointed out an undeniable and fatal flaw in the line of thinking of Indi and Sangakkara, namely that the being Sri Lankan instead of Sinhala, Tamil or whichever, can be extrapolated to the nth degree.

Why don’t we forget about nationality altogether? Instead of being Sri Lankan let’s call ourselves South Asian. And while we’re at it let’s forget about the problems that are specific to Sri Lanka and look at the issues faced by South Asia instead. Hell no, instead of South Asia, let’s be Asian, or just global citizens in the big mess together.

And the answer to the question of “why?” is plain and simple. It’s because identity, however we choose to define it, matters to all of us.

Take me as an example. I think of myself as a Sri Lankan Brit, or a Brit Sri Lankan (I still haven’t figured out which way round I should say it, or if it even matters). When people ask me what I feel I usually say that I feel about eighty per cent Sri Lankan and about ninety per cent British. Does it make sense to you? Probably not I guess, but it makes perfect sense to me, saying that I feel a strong sense of identity with both elements of my upbringing, that nature and the nurture sides.

But it’s personal. That’s how I my identity and it may be wholly different from how you choose to define yours. One thing’s for sure; it’s not for Indi or Kumar to tell me how I should define myself. As far as I’m concerned they can go ahead and choose how to define themselves all they like, just don’t do it for me, any more that I have the right to tell them to forget about being Sri Lankan and think about being Asian instead.

Guru also writes about Sinhala Buddhist nationalism, how he links the concept to an ideology far more than he does to a people or community. That struck a chord with me. There are people I know who are not Buddhist, who are not Sinhala, yet seem to be bonded by a mindset. The post made me realise that the mindset is the Sinhala Buddhist nationalist one and it’s not one that promotes value pluralism.

I’m not going to bluff and pretend that “value pluralism” is one of my everyday phrase either. I learnt it from the Guru’s post too. He says:

“Value pluralism is the view that many different activities and forms of life, which are incompatible, are valuable.”

Which is interesting isn’t it? It’s the acceptance that certain things are good, even though tension and conflict may result from their existence. I thought of recent tragic events in Norway, of the tension we have here in the UK from many towards the influx of East Europeans, and it dawned on me that these things are examples of the negatives associated with value pluralism. Yet there are many positives and I like being part of a society that, as a whole, chooses to accept the positives and try to deal with the negatives.

As a final note I should tell you that I firmly believe that the things said by Indi as well as the content of Sangakkara’s Cowdrey lecture were delivered with the best of intentions and positive motives. Perhaps the deliveries could have been better though.

I am Sri Lankan. I am British. I am also Tamil. Well half. I am actually proud of all of them.