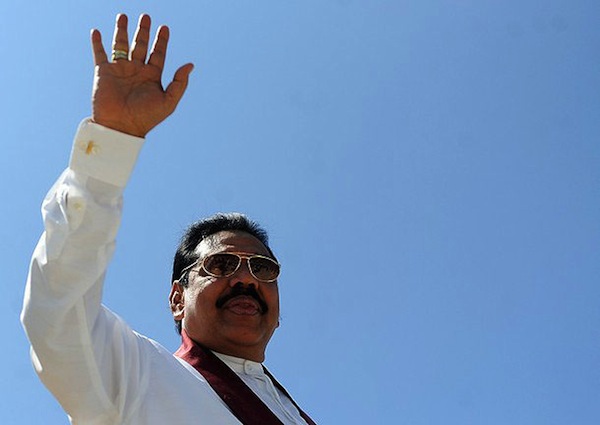 The stage is set to appoint a Parliamentary Select Committee in order to formulate a political solution to the north and east crisis. During a meeting with the print and electronic media heads on Tuesday at Temple Trees, President Mahinda Rajapakse had stated that he would accept any solution that will be outlined by the parliament. In an interview with a weekend newspaper last week the Foreign Minister Prof. G.L. Pieris revealed that the government will carry out a dialogue with all the political parties parallel to the ongoing discussions with the TNA. Ultimately, according to the minister, these discussions will be intersected at a certain point. Therefore, the ‘point of intersection’ will be the provenance of the ‘political solution’ of the government.

Can this be termed as a bona fide attempt? This is, of course, an important question. The track record of the government in this regard would provide a reasonable answer for this. In the very same manner, the present regime took various steps to find a political solution for the North-East crisis, but all these efforts ended up being time-consuming exercises. The government deliberately transmuted these ‘efforts’ to become fruitless, inefficacious and time-buying exercises. In this context, there is a big question mark about the ulterior motive of this ‘Parliamentary Select Committee’. Let’s revisit the history.

The nearest example we can recall is the report made by the APRC. The APRC met more than hundred times under the headship of Prof. Tissa Vitarana to draft this particular report. The APRC literally went on a roller coaster ride for more than 18 months to produce this report as some of the major parties walked out and some walked in – from time to time – during the process. This report was handed over to the president publicly and soon after the report suddenly went missing. I doubt whether Prof. Tissa Vitarana, who is now lingering at the Senior Ministers’ office, is aware of the ‘destiny’ of the much-hyped APRC report. Therefore, the APRC turned out to be a futile effort, which ended up giving nothing. I would further add that the 18 months, which were spent on this fruitless ‘process,’ was nothing but an utter waste of time.

The APRC had the potential to be an effective strategic body to formulate a political solution to the North-East crisis, but it wasn’t adopted by the government with due seriousness. It is a jocular act to appoint a Parliamentary Select Committee on the same purpose for which the APRC was formed a few years ago. It will raise some serious doubts with regard to the genuineness of the government when it comes to identifying a commitment for the development of a ‘political solution’.

The LLRC (Lessons Learnt and Reconciliation Commission) which is still an active body also falls into the same category. It is true that the LLRC is not appointed to formulate a political solution. It is obviously focused on ‘reconciliation,’ but at the same time the LLRC is characterized with many discrepancies within its own orbit. There is a huge question mark about the independence and autonomy of the LLRC. Quite evidently, the LLRC has failed to win over the Tamil community. As we all know, many elements in the Tamil community term the LLRC as a futile, sleeveless and bootless ‘body’. On the other hand, even in the domestic political domain, there is no visible consensus on the appointment and functioning of the LLRC. It will certainly affect the validity and acceptability of the commission, which is tasked to make recommendations to restore ‘national reconciliation’ through its findings.

In the presence of all these failings, the government is deliberately using the LLRC as a ‘blanket’ to cover up the mounting allegations about war crimes and human rights violations. The government is ‘dillydallying’ on action required for the implementation of the necessary domestic level investigations by bringing out the LLRC as an excuse. It is pretty obvious that the LLRC lacks recognition and acceptance in the international domain. The spokesman of the LLRC Mr. Lakshman Wickramasinghe has stated that the commission will hand over its report to the President before the 15th of November, but ironically no one, expect the members of the commission, seems to be interested in it.

In this backdrop, it is not unfair to say that the so-called Parliamentary Select Committee will be appointed to bamboozle the citizenry and the international community. But at the end of the day no one will be bamboozled but the government. The opposition political parties have already stated that they have lost faith in the government. So, most probably, they will not be showing a favourable response to the new Parliamentary Select Committee. Therefore, instead of decreasing the mounting international pressure, the aforesaid PSC will possibly increase it. It will entrap the government in another big muddle.

However, it does appear as though the government does not have the guts to forge ahead on this path since it is concerned about the extremist Sinhala elements in south that constantly appear as the ‘proprietors’ of this regime. That is why President Rajapakse put forward the idea of a Parliamentary Select Committee. It will consume another two or three years and provide him the opportunity to dillydally on the political solution. In the present context, the government should understand that this crisis is not resolvable with the use of ‘Southern suaveness’. It is time to take bold decisions and that is the only way to destroy the roots and seeds of the LTTE terrorism in the future.