Unhappy university students are marching in the Island of Brinka, and I met my good old friend Sivapuranam Thevaram at a pub in the ancient university city of Cowford to discuss this topic. Wannabe detectives on this forum please don’t rush to Google maps to find out where these places are. This is a story, so Cowford doesn’t exist. Brinka is not an island in the conventional sense. It is actually two, consisting of Briland to the north and Nkaland to the south. In the confused and mixed loyalties Thevaram carries in his mind, they merge into one, forming this island paradise. His loyalty is sometimes put to test, the Nkaland cricket team visiting Briland is one such occasion. 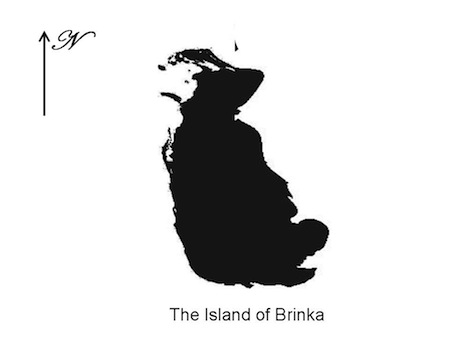 Let us first establish the context. Thevaram has identified a strange commonality between Brilanders and Nkalanders. They like to call themselves what they are not: â€œGreat Briland” and â€œDemocratic Socialist Nkaland”. This habit, of calling something what it actually is not, extends to the way Brinka people behave. For example, Brinka parliament passed a law called the â€œPrevention of Terrorism Act”. Thevaram thinks its implementation has done more to promote than to prevent. Nkaland has scars to prove his claim. In Briland, when Walter Wolfgang heckled in the party conference, police used PTA to hold him.

Brinka is a product of history. Long time ago, adventurous Brilanders invaded and ruled Nkaland. Many Nkalanders still quote this as the root of all their difficulties. â€œIf only they had not captured us”, they often lament, â€œour kings would have built lovely rock palaces to hide in, and dug vast reservoirs to irrigate the land.”Â  Thevaram is sceptical about this view. â€œWhy have we not been able to build a few extra yards of railway lines in the last 60 years, or write official letters to people in a language they understand?” he often asks.

Long time ago, invading other kingdoms wasn’t just for adventure. It was a marketing strategy. The first steps in selling something to potential customers, was to conquer them and chop the head of their king off — a strategy that worked well for some time. Â After several centuries, Nkaland was allowed to go free in 1948, without having to fight for it. Freedom came as a side effect of changing world circumstances and the long running struggle in Bigneighbourland. Consequently, the disease that says when you get something without having to work for it, you tend not to recognise the value of it (just like what university students have!) infected Nkalanders badly. Despite a period of high performance in education, public health and so on, Nkalanders chose to go free-wheeling downhill. Their balance sheet shows the following entries: Number of brutal youth rebellions = 3; Number of brutal suppressions = 3; Lessons learnt = 0. Having set the context, we now come back to my interview with Thevaram about student unrest. Thevaram, after 2.5 pints, said to me that he now firmly believes in â€œhistory repeating itself”. This confession, I foolishly thought was in reference to his son, Samanthiram, who was planning to join the student demonstration in the Briland capitol that afternoon. Secretly, Thevaram was rather proud, for the son was planning on doing exactly what the father did thirty years ago (history repeating itself). But being the hypocrite he is, he told the young man to finish his coursework instead.

I take you back in time to 1979/80. Days when President Pinocchio of Nkaland had become incredibly powerful, claiming absolute power to be a prerequisite for development. â€œLook at the mess around you,” he claimed, â€œI need power to bring about order.” Our people voted for him. â€œThis is the path to Singapore,” he claimed from the Maligawa Octagon. As part of this development package, the Pinocchio government had proposed to introduce a private medical college (PMC). This was thought to favour the rich, and university students were strongly opposed to it.

That ‘path to Singapore’ hit Thevaram again several years later. At the wedding of a cousin’s cousin’s cousin in Briland, an agent from the Bri-Ta-4-Um organization said to him â€œThambi, we Tamils should all be united.” â€œBy that, you mean I should do what you tell me to do, right?” snapped back Thevaram. â€œYou see, if we are united under one strong leadership, we can win the war and develop like Singapore, no?” Readers will know that there is no way of escaping from such a conversation without losing one’s temper. So Thevaram created a distraction by dropping his Payaasam cup on the floor. In the ensuing confusion, he withdrew to the toilet to clean his trousers. Coward, isn’t he?

Those days, Thevaram mingled a lot with Reds on campus, who had many progressive views. While their values were good, they had no idea of how to set about achieving their goals, instead they developed political poster displaying into an art form. Young Thevaram much admired those posters written in Sinhala script, which consists of beautiful curves, unlike Tamil, which has more piecewise straight-line strokes. He even attempted to write a poem featuring those curves and Sigriya paintings, thus qualifying to be a judge on Swarnavahini shows. Once in a while Thevaram helped his Red mates with writing posters in Tamil. The first night on the job, he spent considerable energy translating and writing carefully in Tamil, and had given the bundle to the comrade from the Reds’ Poster Pasting Department. Next morning, he was amused to find all Tamil posters hung upside down on campus walls. That is how accommodating the Reds were. â€œWe give you a place, but we make not one iota of effort to understand anything about you — not even which way the letters in your writing face”. Have you seen such things anywhere? (When invited to do this on later occasions, he drew small arrows on top right hand corners.)

That day of the student agitation against the PMC, with Colvin Goonaratne giving a fantastic speech critical of that idea, Thevaram went to the auditorium in HillTop with his Red mates, and took part in the demonstration. Sinhala being his second language, he understood 70% of what Colvin said and interpolated the rest.

His 70% knowledge of Sinhala qualified him to be invited to do occasional translations at his faculty student union meetings. A comrade would stand up and deliver a thundering speech in Sinhala, would pause to catch his breath, and it was Thevaram’s job during these pauses to provide translation to Tamil. Specialising in the subject of Information Theory, Thevaram found translating such content-free speeches a difficult task. So using a hidden stop-watch he would measure the time for which the comrade spoke, and would then speak for exactly the same duration in Tamil, to the precision of a couple of seconds. This worked well, but a peculiar side-effect of it was, when they voted, there appeared to be considerable block-voting from the Tamil students. Sociologists on campus attributed this voting pattern to a greater sense of herd behaviour amongst Tamils (â€œmy neighbour has a BMW, so I should also buy a BMW”). Analysts may be clever, but when they don’t have accurate data, they fall for the garbage-in-garbage-out trap, don’t they?

Sitting in the front row during Colvin’s protest speech in Nkaland all those years ago, Thevaram had said to his Red friend: â€œYou know Machchan, Pinocchchio has given himself infinite power. I fear he will take our country down a path of infinite misery.”

Today, drunk in a Cowford pub in Briland, unable to get up and cycle back home, he mutters to me: â€œMark my word my friend, history repeats itself”.

Let’s hope the poor chap will be sober tomorrow.