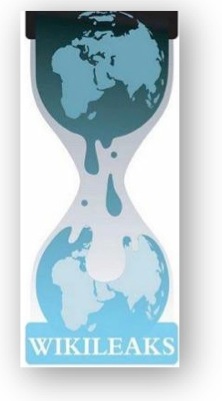 The latest WikiLeaks â€œdump” of around 400,000 US classified war reports on Iraq from 2003 to 2009, the biggest “war leaks” ever in US history, reveals how inhuman and savage the war is, never mind who conducts it and where. A few months ago in July this year, WikiLeaks’ first dump of over 90,000 US classified reports on the Afghan war, also revealed the insanity in waging war.

With this second enormously huge â€œleak”, obviously, there is all round condemnation by the US administration, the US defence and intelligence agencies. Britain can not avoid tagging along with such condemnations, being openly accused of violations in Iraq, through these same “leaks”. The core message in all these â€œSuper Power” condemnations of these â€œleaks” is pretty much the same. “A threat to national security and to their collaborators and partners in war”. That hyped â€œnational security” is not that of Iraqis and the Afghans, but of the US, the Britain, NATO member countries, Australia and other coalition partners, who assist war, in these two occupied countries.

This in fact is the latest â€œdefence” with every government, where human rights and human life become the heaviest casualties in war against â€œterrorism”. It continues to be so with Israel, it was so in Sri Lanka, it is now the same with India and Pakistan, and would be so for ever, in all societies that opt for militarisation instead of democratisation of the State.

With such exaggerated concerns over â€œnational security” being lumped together with war, the latest classified war log dump after Afghanistan, exposes wide spread complicity by US and UK troops in Iraq in violating international human rights and humanitarian laws and therefore the US and UK administrations as well. It is now safely adduced that the Iraqi war since 2003 has resulted in over 109,000 deaths with over 66,000 of them being civilians and over 24,000 labelled as â€œenemy”, which simply means â€œsuspected insurgents”. The records have 15,000 deaths above that of earlier counts, says â€œIraq Body Count Project”, an organisation that â€œcounts dead bodies” of Iraqis.

Documents leaked, also hold US troops responsible for torture, rape and murder by handing over thousands of suspects and prisoners to their Iraqi counterparts, knowing well enough, what their fates could be after handing over. The US forces are even accused of ignoring cases of torture.

While there are other issues like Iran’s interference that comes out stronger than it was previously assumed, violation of basic human rights in Iraq now turns out labelled as â€œcarnage in Iraq” in some Western media. The UN Special Investigator on Torture, Manfred Novak thus had to concede that, given the intensity of allegations now in the open on violations, the Obama administration is obliged to investigate all credible claims on torture and war crimes in Iraq. In Britain, there is the possibility of judicial interventions by Public Interest Lawyers demanding investigation into British forces’ involvement in some of the deaths recorded.

Have any of these, any relevance to the Sri Lankan issue of alleged violations during the final phase of its war against the LTTE ? The first is that, in Sri Lanka, it would never beÂ  possible for any one to play â€œJulian Assange” and dare face an open media briefing in Colombo, to justify his or her claims on war crimes and torture. Right or wrong, excessive or not, that â€œdemocracy” is nowhere within the shores of Sri Lanka and would not be, for many decades to come. There is also no possibility of any lawyer, any public litigant, requesting Courts to â€œorder” relevant authorities to begin investigations into allegations of crimes committed during war, as in Britain. Relevance if any on such democratic practices, is almost naught.

Thus getting into other more relevant parts of all these â€œleaks” to Sri Lanka, the behaviour of these â€œideal democratic governments” in the USA and the UK, seems no different in attitude and approach to this third world developing nation, Sri Lanka. The Obama and Cameron governments are no different to the Rajapaksa regime in denying and accusing those who throw up issues relating to war crimes and breach of international human rights law, where they conduct war. Their â€œnational safety and security” rhetoric, politically allies with â€œpatriotism” in Sri Lanka. They too therefore imply the â€œwar against terrorism” they are involved in, â€œis a humanitarian war” in liberating the people from â€œterrorism” as Rajapaksa claimed his war was.

They are not what they stand for, when it is violations of rights, in their own backyards. Daniel Ellsberg, the man who created history in 1971 by exposing war records on Vietnam, that came to be known as â€œPentagon Papers”, condemns the Obama administration for treading a path that leads to â€œrepressive legal framework that Britain has, under its broad Official Secrets Act.”

That’s not what they vowed they would do. President Obama came to the White House with a moral pledge that the US would not want to be seen as a nation responsible for major human rights violations. A week ago, the British Foreign Secretary Hague wanted Sri Lanka to work in tandem with the UN experts panel on alleged war crimes, implying the British government does not believe in the LL&RC appointed by the Rajapaksa regime. Will they now live up to what they preach others and pledge they would do ? They don’t and they will be compared with the Rajapaksa regime on similar allegations of violating international law, accountability and war crimes.

Yet the watchdogs of human rights and democracy who lose no time in condemning any third world country, have been notoriously evasive in holding the US and the UK as equally or more responsible than Sri Lanka in crimes against humanity and war crimes.

The AI accepts that this massive dump of US war reports by WikiLeaks, matches its own findings on â€œwidespread torture and other ill-treatment of detainees by Iraqi forces, committed with impunity.” to quote its own words. It does know of Abu Ghraib prison and would have seriously studied the previous WikiLeaks dump on Afghanistan that implicated the US administration.

The AI nevertheless is satisfied, if the USA would undertake to â€œinvestigate how much US officials knew about the torture and other ill-treatment of detainees held by Iraqi security forces after new evidence emerged”. The USA that does not want to accept any exposure in these documents as serious, calling them as â€œmundane”.

The ICG is yet to be heard to know where they stand, while the HRW most surprisingly feel the Iraqi regime that can not hold together and is not in total control of the country, still under US occupation, can be more efficient and committed than the Rajapaksa regime and its LL&RC which they rejected outright, in conducting investigations and prosecuting those responsible for torture and other crimes in Iraq.

The AI nor the HRW are calling upon the UN Secretary General to appoint a special investigating body to inquire into US war logs published by WikiLeaks, that even Secretary of State Clinton accepts as authentic and wants them â€œreturned”. These â€œrights” organisations don’t even condemn the US and the UK administrations for lack of accountability and torture, at the least. In fact, the AI and HRW do not even mention the UK government in their communications on â€œWikiLeaks”, although in the UK, human rights law specialist Phil Shiner says, the UK is clearly implicated and needs judicial inquiry.

WikiLeaks therefore tempts any one to question the credibility and the actual commitment of these human rights and crisis groups who stay stiff and away from campaigning for an independent inquiry, either by the UN or by an internationally constituted body, after the second massive dump of war logs clearly and openly leave the US and the UK governments complicit on accountability, torture and crimes against humanity, if not for war crimes. And not for the first time either.

With Ellsberg and his Vietnam war exposure, it was Hippies and their â€œPeace Culture” that raised a social voice in the West. This is a different world, that way too.